One of the key figures at Stax on stage and off, Isaac Hayes, was born today, August 20, 1942 in Covington, TN. Raised by his grandparents, Hayes began singing in church at age five and eventually taught himself to play several instruments–piano, organ, and saxophone–before later moving to Memphis for club gigs. That versatitlity and a talent for songwriting and producing helped him become one of  the architects of the Memphis soul sound at Stax. After working in the house band for artists like Otis Redding, he began writing hits with his partner Dave Porter. The two became a creative powerhouse, crafting over 200 songs, many of them becoming classics for Sam & Dave (“Soul Man,”), Carla Thomas (“B-A-B-Y”), and Johnnie Taylor (“I Had a Dream”). 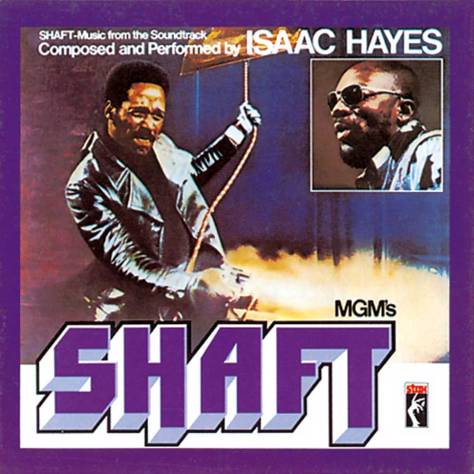 Hayes launched a solo career in 1967 with “Presenting Isaac Hayes,” but it was his distinctive wah-wah guitar-fueled “Theme From Shaft” that made him a household name across America and all over the world. Can ya dig it?

The title track from the 1971 blaxploitation film “Shaft” soundtrack went on to win an Academy Award for Best Original Song. Not only was it a memorable hit but Isaac Hayes was the first African-American to win an Oscar in that category.

When his music career waned, Hayes shifted to acting and was a regular on “The Rockford Files,” and had roles in movies such as “Truck Turner,” “Hustle & Flow,” and “Escape From New York.” In 1997, Hayes became popular to a new generation of fans when he provided the voice of Jerome “Chef” McElroy, one of the characters on the cartoon TV series “South Park.” Chef was an immediate hit and even though he was a school cafeteria worker, he often broke into song like this raunchy track from Chef Aid:

In 2002, Isaac Hayes was inducted into the Rock and Roll Hall of Fame. He was in ill health on August 10, 2008, when he collapsed at his home in Memphis and died from a stroke ten days before his 66th birthday.