Always entertaining, blues/soul/funk singer Bobby Rush is in the spotlight this year with a headlining concert on Saturday and an on-stage feature interview.  Originally from Homer, LA, Bobby Rush has been on stage since the early fifties when he put together a band that included slide player Elmore James. Over the decades, Rush has recorded over two dozen albums and has received a shelf full of awards, including “Best Male Soul Blues Artist” at the annual Blues Music Awards. Known for his double entendres and energetic performances, Rush is always a crowd-pleaser.

This free festival is sponsored by the Center for Southern Folklore which proudly celebrates the culture of Memphis and the Delta region.

The Center for Southern Folklore

Birthplace of the blues. Touristy and bustling with people but there’s still good music there.   Walk around the small strip of bars and restaurants for the neon and party atmosphere alone. When you hear a band you like, pop in for a drink or two. The clubs feature blues, of course, but you may also hear soul, R & B, rock, country, and rockabilly played on Beale.
http://www.memphistravel.com/music-nightlife 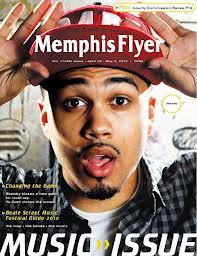 Many music clubs are located all around town not just on Beale Street so the best way to find out what’s going on is to pick up the free local entertainment weekly, The Memphis Flyer. http://www.memphisflyer.com/

Sponsored by The Blues Foundation, the annual Blues Music Awards celebrate the best in blues music. It’s like the Academy Awards for great blues musicians! Leading up to the big night, many of the top artists are in town, playing in clubs and attending the ceremony.
The Blues Foundation
421 South Main, Memphis TN 38103
Phone: (901) 527-2583
http://blues.org/

Hundreds of blues musicians come from all over the country and the world to take part in this annual five-day event, usually held in late January. Performers for the challenge are chosen by local blues societies to come to compete in three categories: Band, Solo/Duet, and Best Self-Produced CD–all for cash, prizes, and industry recognition.
The Blues Foundation
421 South Main, Memphis TN 38103
Phone: (901) 527-2583
http://blues.org/

Part of the Memphis in May International Festival, this annual three-day event is held at Riverfront Park at the foot of Beale Street. There’s an emphasis on local musicians but the three outdoor stages showcase many national touring artists, too.
Memphis in May International Festival
56 South Front St, Memphis, TN 38103
Phone (901) 525-4611
http://www.memphisinmay.org/music-about

Usually held over the Labor Day weekend, this colorful festival takes place on Main Street in downtown Memphis.  For two days, a wide variety of cultures take to the streets with people enjoying local music of every kind–blues, gospel, rock, folk, country–along with cooking demonstrations and dance shows throughout the day.
http://www.memphismusicandheritagefestival.com/

In addition to showcasing artists’ work, this gallery also hosts music events in the evenings.  There’s only about two dozen tables so it’s an intimate way to see up-and-coming and established artists in a casual setting. If it’s a freebie, be sure to throw a tip in the musician’s bucket or buy their CD.
The Center for Southern Folklore
123 South Main Street, Memphis, TN 38103
Phone: (901) 525-3655
http://www.southernfolklore.com/

Born in Arkansas in 1946, singer Al Green was ordained a pastor of the Full Gospel Tabernacle in Memphis in the seventies.  This is where he still preaches and sings gospel when he’s in town.  Here’s a video of Rev. Green performing the classic “A Change is Gonna Come.”

While you’re in town, check out local radio. On the air since 1947, WDIA became the first radio station in America programming music entirely for African-Americans. B.B. King worked here as a disc jockey, and so did Rufus Thomas–two of the many black radio personalities the station hired over the years.