If you decide to go on a road trip from Memphis, these are some blues destinations well worth your time.

About an hour’s drive south from Memphis, this homespun museum in Clarksdale covers important musicians from the Mississippi Delta like Muddy Waters, Otis Spann, Pinetop Perkins, Charlie Musselwhite, and many more. They have some great displays and artifacts, including the remains of Muddy’s cabin from Stovall Farms where he lived as a sharecropper and tractor driver.
Delta Blues Museum
1 Blues Alley, Clarksdale, MS 38614
Phone: (662) 627-6820
http://www.deltabluesmuseum.org/high/index.asp

Also in Clarksdale, MS, the club owned by Morgan Freeman showcases modern blues musicians. You might see him when he’s between movies and back in his home town.

If you are driving south to New Orleans, the two cities are about 800 miles apart. You can motor through Mississippi along the Blues Trail and see many historic blues landmarks and museums along the Mississippi Delta.

Along the Blues Trail, the impressive B.B. King Museum in Indianola, MS is a shrine for blues lovers.
http://www.bbkingmuseum.org/

If you want to know more about the history and culture of the area, these are helpful documentaries and movies:

Eyes on the Prize

Multi-part PBS documentary about the Civil Rights movement. Superb archive footage and insightful interviews. A must-see. Aired on public television in 1987 and was finally released on DVD in 2010.
http://www.shoppbs.org/eyes+on+the+prize

Respect Yourself: The Stax Records Story

Music-filled documentary about the rise and fall of Stax Records and its important place in the history of American soul. Narrated by Samuel L. Jackson. Highly recommended for the archive footage of all the big stars like Otis Redding, Booker T. & the M.G.’s, Sam & Dave, Rufus Thomas, The Staple Singers, Isaac Hayes, and many more! (2007.)
http://www.amazon.com/Respect-Yourself-Stax-Records-Story

Chronicles the power of music that helped move a generation during the Civil Rights Movement. Features 29 inspiring performances including Respect, Change Is Gonna Come, People Get Ready, Fight the Power, and What’s Going On.  (2009)
http://www.allmovie.com/movie/let-freedom-sing-how-music-inspired-the-civil-rights-movement-v482106

Features interviews with childhood friends, first girlfriends, and early bandmates to build a complete picture of the well-mannered Southern boy with a talent for singing.  It’s the story of Elvis’s dirt-poor upbringing in Tupelo, MS, his job as a Memphis truck driver with musical aspirations, and his rapid rise to stardom in 1956.  Even if you know a lot about Elvis, this documentary is still full of surprises. (Elvis was actually blonde!) (2008.)
http://www.amazon.com/Elvis-Return-Tupelo-Presley

Other movies filmed in Memphis and nearby:

The Internet Movie Database (IMDb) has a complete list of movies filmed in Memphis:
http://www.imdb.com/search/title?at=0&locations=Memphis,%20Tennessee,%20USA&sort=moviemeter,asc

Steamboats of the Mississippi
http://en.wikipedia.org/wiki/Steamboats_of_the_Mississippi

Wheelin’ on Beale: How WDIA-Memphis Became the Nation’s First All-Black Radio Station and Created the Sound that Changed America
http://www.amazon.com/Wheelin-Beale-Wdia 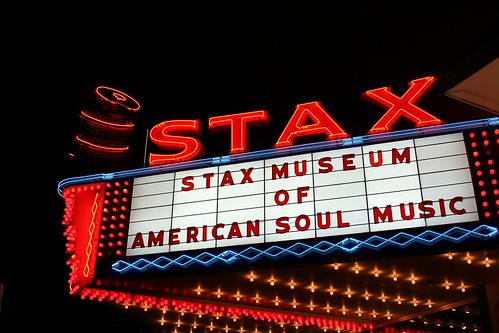 A Man Called Destruction: The Life and Music of Alex Chilton, From Box Tops to Big Star to Backdoor Man
http://www.amazon.com/Man-Called-Destruction

Changing How the World Does Business: FedEx’s Incredible Journey to Success – The Inside Story
http://www.amazon.com/Changing-How-World-Does-Business