On July 2, 1964, President Lyndon B. Johnson signed the Civil Rights Act of 1964. The landmark law made it illegal to discriminate on the basis of race, color, religion, sex, or national origin. It ended discrimination in schools, in the workplace, and at public facilities (restaurants, swimming pools, theaters), and prohibited unequal voter registration requirements. The bill was proposed by President John F. Kennedy but since his assassination, it was signed into law by his successor Lyndon B. Johnson who called it a memorial to Kennedy

Martin and Malcolm met! Despite their political differences, Martin Luther King, Jr. and Malcolm X both came to Washington in March, 1964 to hear the Senate debate the bill. After one of King’s press conferences, the two men briefly exchanged respectful pleasantries. It would be the only time the two leaders ever met face-to-face and their meeting barely lasted a minute.  As they parted, Malcolm X reportedly joked, “Now you’re going to get investigated.”

Among those present at the signing were: Dr. Martin Luther King, Jr.,  Attorney General Robert F. Kennedy, Sen. Hubert Humphrey, and F.B.I. Director J. Edgar Hoover. This History channel documentary gives an overview of the historic bill and its far-reaching implications for all Americans. 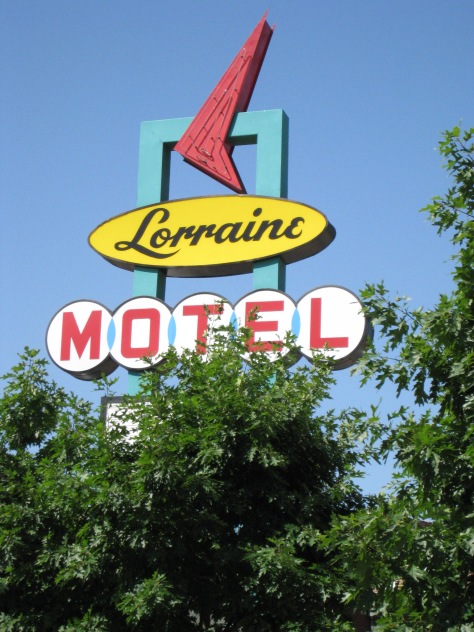 If you want to know more about events leading up to the Civil Rights Act of 1964 and many other milestones of the movement, visit the National Civil Rights Museum: