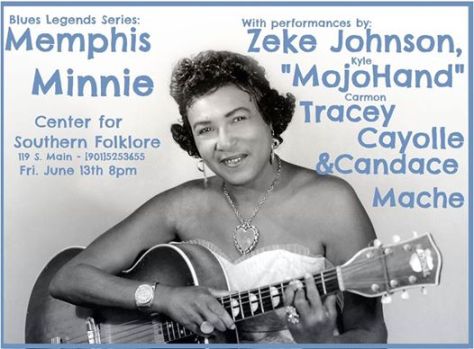 The Center for Southern Folklore is hosting a Memphis Minnie tribute, Friday, June 13th. Hear her bold, autobiographical songs come to life again in the hands of local musicians. 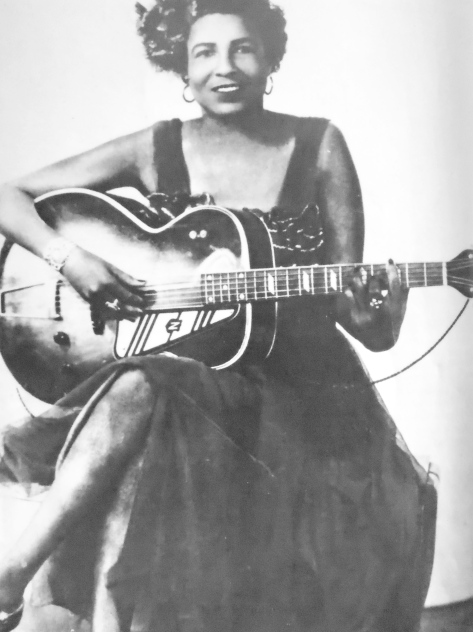 Born in 1897 as Lizzie Douglas in Algiers, LA and raised in Walls, MS, Memphis Minnie ran away from home at thirteen to sing for tips on Beale Street. After touring from 1916 to 1920 with the Ringling Brothers Circus, she returned to Memphis and became a well-respected blues artist at a time when there were few women performers.  She and her husband Kansas Joe McCoy recorded for Columbia Records and moved to Chicago for wider exposure, playing Delta blues to urban audiences. 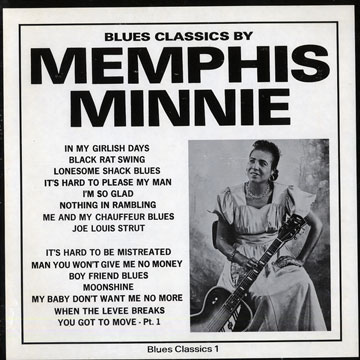 During the 1930s, Minnie toured tirelessly, mostly in the South, and recorded hundreds of records for several top labels. By the late thirties she was divorced and re-married, this time to Ernest Lawlars, known as “Little Son Joe.” Working from the 708 Club in Chicago, they often shared the stage with top blues artists like Big Bill Broonzy, Sunnyland Slim, and Tampa Red. In May 1941, Minnie recorded her biggest hit, “Me And My Chauffeur Blues.”

Dogged by declining record sales, fewer gigs, and failing health, Minnie returned to Memphis in 1957 to retire but she still made occasional radio appearances. In the rock era, she was rediscovered by groups like Jefferson Airplane and Led Zeppelin who recorded her songs and brought them to a new audience.

When Memphis Minnie died in 1973, she was buried at the New Hope Baptist Church Cemetery in Walls, Mississippi. Over two decades later, Bonnie Raitt paid for a proper headstone that was erected in 1996. Thirty-five family members attended including her niece LaVern Baker. 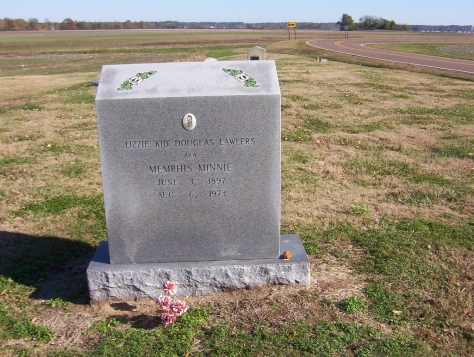 Her strong, independent spirit was an inspiration to singers to follow, including artists as diverse as Muddy Waters, Lucinda Williams, Big Mama Thornton, and Chuck Berry. As an ardent fan, Maria Muldaur gathered together other Memphis Minnie admirers including Rory Block, Ruthie Foster, and Bonnie Raitt, to produce an album of her songs called “First Came Memphis Minnie.”